Following the acquisition of Twitter, Elon Musk has been in the news for multiple reasons. After all the antics of Elon Musk and the Twitter drama, things are getting back to normal. Over the past few years, Musk has produced some really weird products. One of the products is now causing a stir at customs in Baden-Baden, Germany. It’s about the flamethrower that Elon Musk is selling as a PR gimmick. The flamethrower comes with the Boring Company, a drilling company that Musk owns. A few years ago, Musk introduced the flamethrower and launched it at a price of $500 apiece. The devices were sold out in no time. 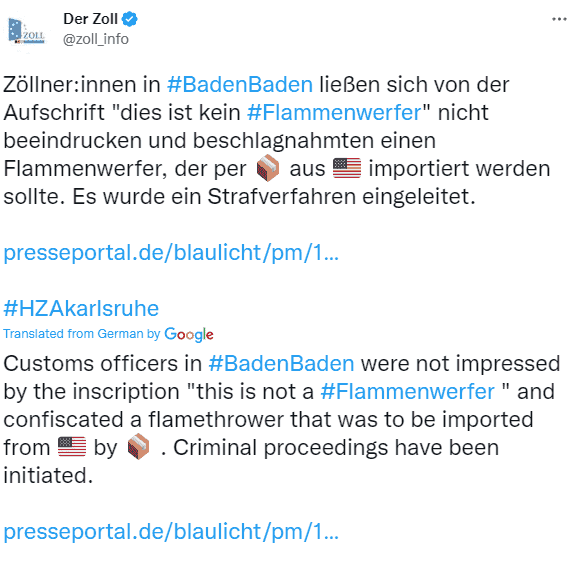 Even then, there were reports that the device comes with some pitfalls. Customs agencies around the world refused to deliver the flamethrower. This is because it falls under weapons law. The Boring Company, in a bid to avoid customs, had to change the name of the product. However, the name change is bizarre. This is because the name of the device changed from “Flamethrower” to “not a thrower”. Who does that? Probably only Elon Musk. 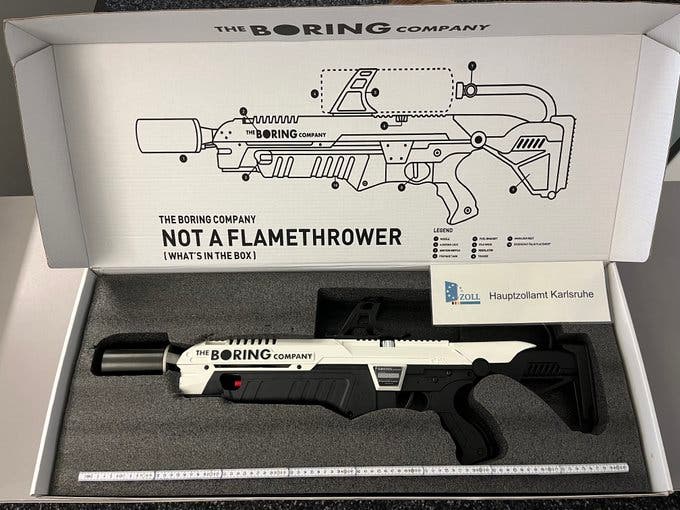 Now a “non-flame thrower” has also been confiscated by customs in Germany. The officials in Baden-Baden had the package from the USA opened by the local buyer:

The buyer claims that he had to buy the flamethrower purely for collecting purposes. He also hopes the item will increase in value. “Even if the packaging says that it is supposedly not a flamethrower, the flames have a range of several meters. The monster also looks very similar to a real weapon and is therefore a dangerous object,” explained Alina Holm, spokeswoman for the main customs office in Karlsruhe.

The buyer is now facing proceedings on suspicion of violating the Weapons Act. The case is already at the public prosecutor’s office.

Crossdresser, James Brown, drags his senior colleague, Bobrisky, for snubbing him at a child’s birthday party

Crossdresser, James Brown, drags his senior colleague, Bobrisky, for snubbing him at a child's birthday party