Honor Magic Vs With Snapdragon 8+ Coming On November 23


Honor has already announced that it will hold a new product release event on November 23. The former Huawei brand will take wraps off its new folding screen smartphone at this conference. We are talking about the brand new Honor Magic Vs, which comes with a few upgrades compared to its predecessor.

Today, a Weibo tipster disclosed some details about this phone. The specs list comes from a source that has always provided accurate information. So the list below can be considered trustworthy.

One of the major changes is the use of the current flagship platform by Qualcomm. Thu, under the hood, the Honor Magic Vs won’t host the Snapdragon 8 Gen 2. Instead, it will still use the Snapdragon 8+ Gen 1. But this is a reasonable choice because, as mentioned above, this is not the next generation of the company’s folding screen smartphones.

Other than that, there will be a dual-battery solution, including 2030mAh and 2870mAh cells. The battery will support 66W fast charging.

The leaker also said that the Honor Magic Vs would get a new hinge design. The latter will make the body lighter, while the overall structure will be optimized a lot. Simply put, the device will be lighter and thinner. 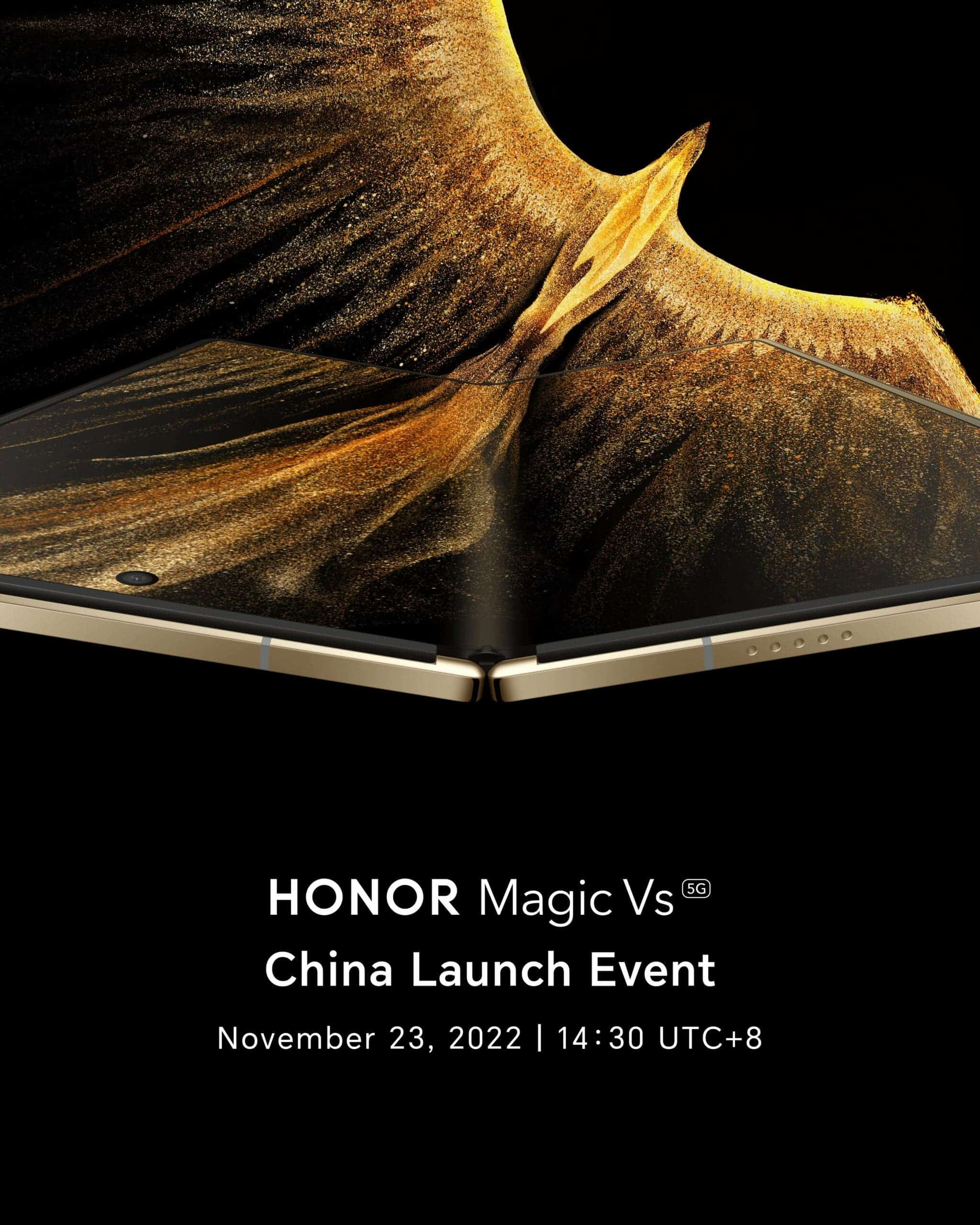 But these are going to be only noteworthy improvements. The rest of the phone will remain unchanged. This also means that the Honor Magic Vs will come with a 2K screen with a high refresh rate. As you remember, the original model sports a 7.9-inch display with support of a 90Hz refresh rate. Apart from this, the screen uses a punch-hole design. As for specific numbers, the pixels of the screen are 2272*1984, while the screen ratio is 10:9. Even this model came with a patented ultra-thin floating water drop hinge technology. The latter made the phone as thin as 14.3mm when folded and 6.7mm when unfolded.

Recently, the company released a promotional video showing that the Honor Magic Vs adopts an inward folding design with a golden middle frame.

BLUETTI Black Friday Sneak Peek: All Doorbusters and Giveaways in one place

TikTok plans to launch voice shopping in the United States

TikTok plans to launch voice shopping in the United States

The Samsung Galaxy A14 5G gets FCC certification before launch

The Samsung Galaxy A14 5G gets FCC certification before launch